I’ve been furiously hitting the keys this week for my new book and it got me thinking back to the days when I was writing A Wolf’s Duty. I loved writing that book so much and have been inspired by it for this latest work and so while I’d love to present the finished copy of my new book I’m no where near that point. I have plot bunnies hopping around furiously in my head so I’m hoping I can make some serious progress this week. In the mean time I have decided to know A Wolf’s Duty down from $3.99/£1.99 to $0.99 so that lots more people can enjoy the book!

Skye bounced back, quickly falling into step with her again. “I know you think you don’t have a choice but there has to be something else. If this goes wrong…” Skye’s eyes widened in fear. “If he isn’t there…”

She didn’t finish and Madison didn’t need her to. They both knew exactly what was at stake. If Madison’s plan didn’t go off without a hitch there was a very real chance she could die. The bar was close enough now that she could hear the shouts, the raucous laughter…and the howls. Most people would think nothing of the howling, they’d blame it on dogs but Madison wasn’t most people. Both she and Skye were witches and they knew all too well that it was wolves howling…lycans.

Fear made her heart race and she clenched her sweaty palms into fists to stop them shaking. Lycans could smell fear and the scent of it made them aggressive and prone to violence. They could also smell witch and the scent of her kind made them see red. She didn’t want to know what the smell of a terrified witch would make them do. Skye had dozens of reasons to try and stop her going in to the bar but Madison’s one reason to walk head first into danger overcame her own fear. She had to go in no matter the danger she was putting herself in. A life more important than her own was at stake.

“What if he’s not in there?” Skye’s barrage continued.

“He will be. You helped me do the spell remember? He’s in there. Trust me.” Madison’s voice was calm despite her inner terror.

The seeming composure had Skye throwing her hands upwards in annoyance. “Trust me? Trusting you is what’s got me into this state. You told me to trust you when you came to me asking me to help you find this guy and look where it’s gotten us. The guy you’re looking for is most likely a lycan which means he’s going to try and kill you.”

The bar was almost in touching distance and Madison’s heart was pounding against her chest trying to escape but she forced her expression to stay serene. “He’s not going to hurt me. I’m his mate.”

Skye scoffed in derision. “His mate. Who ever heard of a witch being mated to a lycan? It’s ridiculous! It’s crazy.”

“Well then it’s right up my street. I’m an expert in insanity and madness.”

“I’m being serious.” Her shoulders slumped in defeat. Her voice was barely louder than a whisper and the words were pained. “You don’t even know what he looks like.”

“Yes, but he’ll know what I smell like. He’s going to find me. Look Skye, I know you’re scared. I am too but we’ve talked about this. There’s no other way. I have to do this. Even if he’s not there the wolves aren’t going to kill me straight away. They usually give you a chance to fuck up then they go in for the kill shot. I’ll be able to get back out. I’m not going in to die. I have things to live for.”

So I’ve decided that I’m going to try and post an update of some sort on a weekly basis in an attempt to stave off the dreaded writer’s block! I, like most authors, suffer from time to time with the inability to write anything that is coherent, interesting or worthwhile. It’s a sad fact of life but it does happen. I was suffering from it before but am now slowly getting back into the swing of things. I’ve written another chapter in my new book and am slowly but surely getting back into the swing of things. Things are looking up and as long as I keep writing (hopefully on at least a weekly basis) then I’m sure I can beat this problem!

So I’ve been writing….not as much as I’d like but something is better than nothing and I’d like to share the first few paragraphs of my next book.

Five meters had never seemed so far away. The bright lights of the bar called to Madison but every step she took seemed like ten with Skye yammering in her ear.

Forest green eyes rolled backwards in annoyance but Madison bit her lip to keep herself from saying anything she’d regret. There was no point. Skye was one of the most stubborn people Madison had ever known and there was nothing she could say to change her friend’s mind. It didn’t help that there was a tiny voice at the back of her mind that was agreeing with Skye’s unease but there was no way that she was going to let her friend know it.

In the twenty odd years that they’d been friend’s Skye had, on occasion, disagreed with her but this was the first time Madison had been tempted to throw her friend out of a very, very tall window. It had been weeks since Madison had confided in Skye about her problem and she had been whining ever since. Whining and giving poor advice but doing nothing to solve the problem which meant Madison had had to take drastic action. Her chosen course had led them to this moment with Skye trying desperately to make her turn back and Madison deftly avoiding her friend’s attempts to block the path.

“I know what you think,” Madison snapped. “But I don’t have a choice.” Running annoyed fingers through her short, black hair Madison took a decisive step to the right and kept walking, her goal crystal clear.

Skye bounced back, quickly falling into step with her again. “I know you think you don’t have a choice but there has to be something else. If this goes wrong…” Skye’s eyes widened in fear. “If he isn’t there…”

So I realise that I’ve basically fallen off the grid for the last few months since A Wolf’s Obsession was complete and for that I apologise. I have no real excuse except to say that I’ve been battling writer’s block but am making head way into my next book! I’m really excited about the premise and once I’ve gotten past the first 5 chapters I’m hoping to be able to tell you something concrete but as I well know things change quite frequently in the early stages of writing. For instance I’ve written three chapters already and have ideas for the next few but today I decided I didn’t like the name of one of the main characters and had to change it. That’s the sort of thing that confuses people later on so best that I get past the first unsettled chapters and once I’m into more concrete territory then I can give you an update. Thanks for being so patient with me even though I’ve been rather rubbish of late. X

Looking to the future… 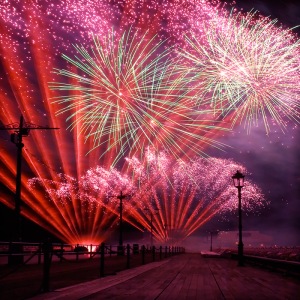 A Wolf’s Obsession is complete and available to buy from amazon, smashwords and very shortly the apple iBookstore!

I hope you all enjoy reading Wyatt and Kass’ story!!